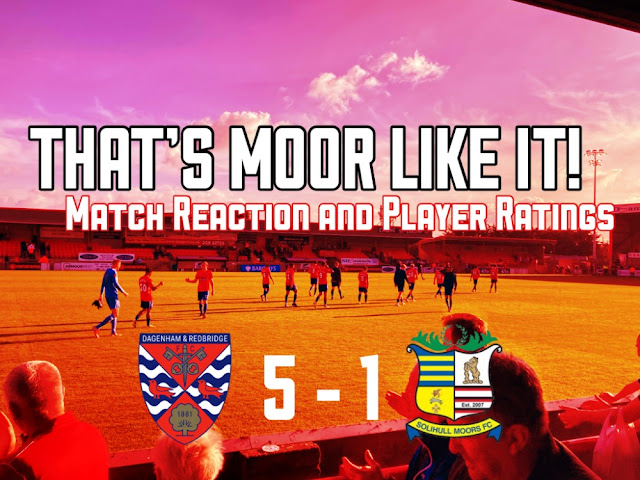 That’s Moor Like It! I hoped in the preview post that next time you’d read the blog we’d be top of the league and here we are. A thumping 5-1 victory in front of a home Victoria Road crowd was an overwhelming response to their first defeat of the season; it saw the return of the free-scoring, clinical Daggers side we’ve got to know in recent weeks.

The goals came from familiar figures, yet another familiar feature for the hosts was falling behind, which we’ve done in nigh on every game this season. The net bulged and the 49 travelling fans cheered, and I recall thinking ‘here we go, now that customary goal has gone in, we can go and pick up all three points.’

The reply was equally characteristic of Dagenham’s 2021/22 season as we did indeed get back into it, going behind for a mere 11 minutes before Paul McCallum fired in from close range. Then, within 250 seconds, things only got better as the Daggers had their tails up – Walker was awarded a penalty and converted it.

Once again, the striking partnership were on hand to get the Daggers out of trouble and go into the break 2-1 up. This is a stark change from last campaign and just one of several reasons why this season – it feels different.

Admittedly, we weren’t at our best in that first half, but were still ahead at the break and in a comfortable position going into the second half against a mid-table side; the likes of whom last season we’d have made more of a meal of.

HT 2-1 | Not the best half we’ve played this season, but some great quality moves and the goals to show for it. Next goal and we’ve wrapped this one up. #COYD 🔵🔴⚔️ pic.twitter.com/dMg7GPpho9

So, at the break, McMahon’s men were in the ascendency but didn’t have the game wrapped up and you felt the next goal was crucial in order to take all three points.

And, of course we did go and do that following an emphatic second half display which saw the scintillating attacking football the Daggers have played this season prove too much for Solihull Moors – securing the victory.

A remarkable second half display, against a Solihull side which proved difficult to break down for a fair chunk of the game. That is therefore testament to just how well the Daggers performed, despite the game not being too free flowing, during the second ’45 which was punctuated by injuries and fouls.

We did have to wait until the 76th minute to see a third goal scored for the home side, but that only opened the floodgates which the Daggers waves had been pushing to open for the entire half. Substitute Scott Wilson netted, preceding Vilhete’s great leap from Weston’s cross allowing him to head home. Then, McCallum’s penalty rounding off a resounding 5-1 win; assuring supporters that the in-form Dagenham pre-Wrexham was going nowhere anytime soon.

The likes of McCallum, Vilhete and Walker in attack were once again key to ensuring our efficiency in and around the final third; others such as Sagaf, Jones and Weston too – all playing their part. But, most exciting for me was once again how dominant we were; with confidence flowing throughout the team, filtering to the supporters and spreading indeed around the whole club.

Ultimately, why not? As the late kick-off saw a late, late Torquay equaliser ensure the Daggers maintained top spot – a deserving place at the apex of the Non-league football pyramid!

A fantastic response to last Saturday.

Can’t get enough of this team right now! 🙌❤️💙⚔️#COYD pic.twitter.com/UzsWmnacN7

A good Solihull outfit, but I have criticisms of the opposition, today I’ll keep them just to their team spirit – Howe and Williams having a full-on row in front of the sieve a worrying symptom. This was rather humorous as the first half went on, Howe seemingly refusing to make eye contact, let alone pass to the Right-Back Williams.

Anyway, that’s the brief assessment of the losers out the way, let’s see how you rated the victors: 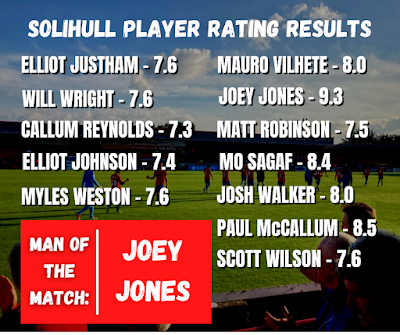 A fair assessment, full of positively high ratings, but my unpopular opinion is that Joey Jones' display was slightly overrated - a score of 9.3 earning him MOTM. Don't get me wrong, he played well, but he stood out for winning tackles that he wouldn't have needed to make if he held onto the ball. Nonetheless, on his return from injury he put in a fine display, most probably reinstating his place in the Starting XI.
For now, I'll see you next at the fans' forum and leave you to enjoy the high we're on at the minute as the Daggers remain strong at the top of the league.
Keane
COYD 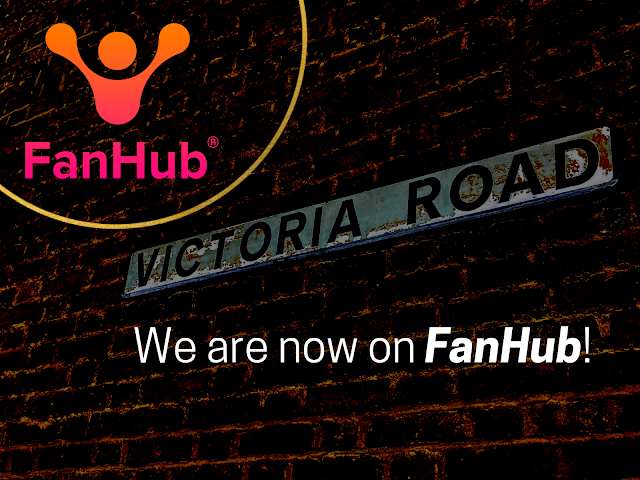 Learn more about joining the Daggers community on FanHub below: