Today sees the return to the pitch for McMahon’s men (albeit for a maximum of 45 minutes for each player) as they continue to ramp up their efforts ahead of the opening day clash at Stockport.

Braintree Town are the opposition in the first friendly, but I want to focus on ourselves (as that’s what pre-season is all about after all) and the squad we have - which Daryl McMahon seems to be pretty content with.

We’ve brought in two new faces and largely succeeded in the primary aim of retaining our players whose contracts were set to expire. However, one player we didn’t manage to hold onto was Saidou Khan, leaving for Chesterfield, the one that got away…

That’s an overview of a summer which has been pleasing for supporters with huge contract extensions and only a couple of frustrations in between. But, below I’m going to focus on the outcome of that summer of satisfaction which is this squad and its depth.

As, for the ones we got in/retained, there were a few more that we let go – how many more do we need to still bring in?

So, we’ve got the two keepers, little to discuss ahead of the season in that department – let’s go to the defenders: 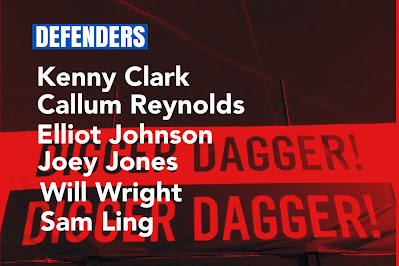 There are six players who can occupy the positions in the back three (which McMahon looks set to stick with for the majority of games at least) and so depth isn’t much of an issue. However, the depth of quality, starting players is lacking in that area - with Croll released and no other incoming.

Sam Ling at Centre Back? I don’t think he’s the answer to the void left by Manny Onariase who, in my view, is yet to be replaced – a commanding, rock at the back. Such a player would’ve been a priority for me going into this window, to finally shore up the back line, which too often has conceded poor goals.

Perhaps I’d put Wright in as one of the starting centre backs too, depending on the opposition, there is room for manoeuvre in this versatile side which is pleasing to see. This has always been a key aim of McMahon’s as he built his squad fit for a long 44 game campaign.

Overall, I’d give the defensive quality of depth a 7/10.

Now onto the wingers/wing-backs, which will alter no doubt, depending on the shape we play week to week – my team rather defensive in that department currently (above): 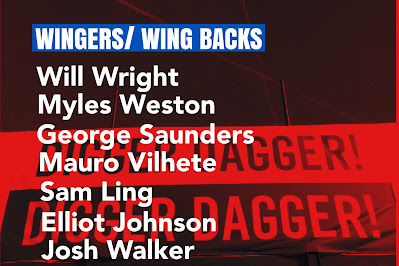 But, as I say, there is a potential to change it up with the several versatile players we have in this squad and I reckon this is our strongest area of the pitch. You’ve got Vilhete, Weston, Saunders and now Walker available for when you want to go attacking with them – but also Wright, Ling and Johnson when you’d like to perhaps hold back.

Of course, we missed out on the target of Mendy, which would have added more weapons to our arsenal in the wing back position but honestly I don’t think we’ll regret missing out on him too much.

The depth and dynamic nature of this department already makes it very strong and it was our strongest position last season I believe – I expect it to be that way again. I’d rate the winger/ wing back are a 9/10.

I’m now going to move to the central midfielders where I feel we’ve the most work to do ahead of the new season: 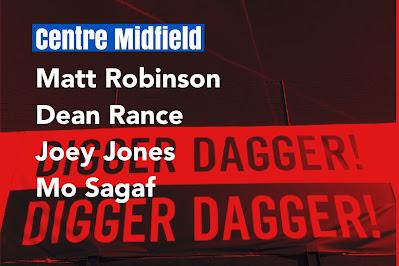 We’ve got really around four players that can fit the role effectively that I’ve seen, but, the ideal partnership would have to have been Robinson and Khan. Since Khan rejected a new deal, I feel we’ve needed to get in a centre mid of the quality that can take us to where we want to be – in the play-offs.

But the form Rance showed, prior to Khan’s introduction, didn’t feel me with the confidence of the level Matt Robinson does week in, week out – confidence he’ll deliver and impact the game.

However, there has been strong talk of Jordan Richards who recently rejected a new deal at King’s Lynn, the former Notts County player is highly spoke of by many and seems an exciting player. He is currently training with the Daggers, so expect him to be a trialist in the upcoming friendlies – keep an eye out.

So perhaps the position I’m least confident in, which is surprising because that’s where I was most confident at the end of the season, without Richardson signing – I’d say this area is currently a 6/10.

Moving finally to the ‘front three’ or the general attacking department of the team with the two players supporting Paul McCallum: 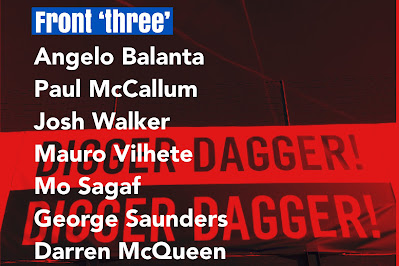 We have acquired Josh Walker who has been described as a great signing by those who know him and have seen him as a player. I’m yet to pass judgement until I watch him (hopefully in the next week), but Daryl McMahon has certainly liked what he’s seen of him; speaking of how ‘he’d [Josh] would be surprised if he’s not starting’ next season.

This will certainly create competition up top with a number of players like George Saunders, who could admittedly though fit in elsewhere, potentially losing out. But, this is the nice problem McMahon has with a plethora of versatile, attacking options and the ability to change it up if things aren’t going to plan.

Now, Paul McCallum is the man we set our hopes on for scoring goals last season… and he underwhelmed somewhat – until the last couple of months. So, with the attackers it is very much reliant on their confidence and performance levels as to the efficacy and quality of the department.

However, going off what we can see on paper (which is all we can do before a ball is kicked) the makings of a formidable strike-force are there with: Balanta, McCallum and Walker. For that strike-force on paper, it’s got to be a 9/10.

Well, now it’s time for pre-season to get into full swing and we can have the first look at the team ahead of the new season and the two (perhaps soon to be three) new additions. Also, how we fare without the likes of Saidou Khan who I feel will be a big miss (though, if not replaced that is) – he’s not irreplaceable!

Until the new season, expect some more previews and observations out of this pre-season, but also WATCH OUT FOR THE NEW FANZINE set to be released in the coming weeks!