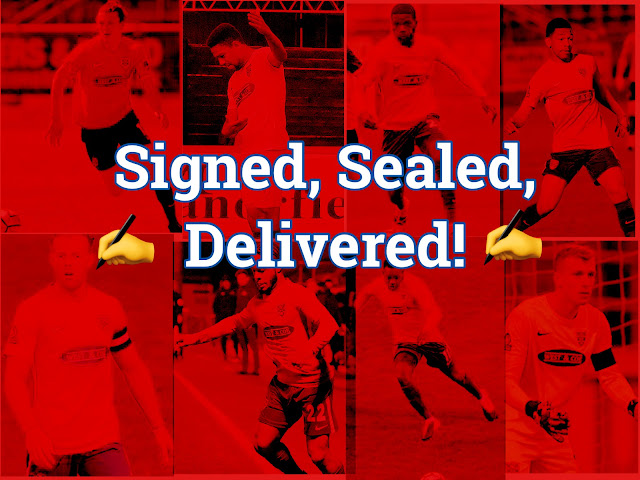 While the turf of the Victoria Bernabeu is being laid, this week there is plenty to discuss about the players who will be entertaining on it in the foreseeable future.

From June 2022 to June 2024, the contract renewals are varied but substantial as the key players whose futures were left in the balance after the retained list announcement – they all appear to be sorted.

There were some extras from that list that came as a pleasant surprise; tying players such as Justham and Balanta down to longer-term deals – until 2024.

My theory of the focus being on retaining players this summer, assured by McMahon’s words, is now proving true with these six announcements! Taking the view it’s the right approach, I’ll discuss all six contracts announced and the one that remains to be confirmed – Saidou Khan!

This wasn’t the first to be announced, but definitely the one we’d all wanted news of, the fantastic club servant committing his future to the Daggers. You need no explanation on why it was so highly anticipated and therefore too, why the reaction was one of great relief and ecstasy.

It’s true when it’s said that these contract renewals are as important as a new signing – Robbo staying for another 2 years is evidence of that. So, to have six of these come in a week makes it a fantastic one for the Daggers.

Honestly, I felt unsure until the beginning of this week that we’d be able to keep him with his fantastic season perhaps warranting a football league move; no doubt he’d gathered interest form elsewhere.

Well… nobody saw this one coming! And, to be honest, why would you? The best keeper in non-league football was already tied down to a contract until the summer of 2023 so us supporters rested assured he wouldn’t be leaving anytime soon.

However, on Monday the news Elliot had signed a new three year deal, meaning he was to remain at Victoria Road until 2024 – I was pleasantly surprised. I have my beliefs that perhaps a club or two showed their interest and therefore to cement the goalkeeper’s position was important looking ahead.

The new captain! Another pleasant surprise came on Friday with the announcement of Angelo Balanta’s new deal where he added another two years to his existing contract – remaining at the club until 2024!

This contract completes the long-term deals dealt to this trio – an almost spine – integral to Dagenham & Redbridge’s current and future success. Jack on Twitter summed up these contracts rather well, with all three having proved themselves in a Daggers shirt with the potential to be even greater in the next 2-3 years:

Robbo, Justham & Balanta all on the cusp of making themselves @Dag_RedFC legends ❤️💙

Elsewhere, Vilhete committed his future to the club, he (along with Khan and Robinson) was one fo the main ones for me I’d like to see sorted – his contract finalised. As, Mauro had been a key part in our upturn in form and making things happen on the pitch; providing a breath of fresh air – full of attacking intent and creativity.

The two-year deal a commitment to the club that will see him hopefully continue to unlock defences with his incisive passing and unquestionable ability on the ball.

The shortest of the contracts, along with Clark’s, Myles Weston has extended his stay for one more year. Understandably, you’d say, at the age of 35 however he has very much still got it – pace, precision and power. Myles was one of few highly-consistent performers across the whole season, and though I’m expectant we’ll see some new wide players come in, he is great to have in and around the side.

A one-year deal, no specific time scale announced would suggest, Kenny has rediscovered his best I feel ever since the captain’s armband was taken from him – now in the hands of Balanta! Therefore, this revitalised Clark will do a job for the team as he looks to surpass 100 appearances in the colours of Dagenham & Redbridge.

Despite my desire to see a new CB arrive, the ‘local lad’ as McMahon described, ‘who knows what the club is about – an embodiment of the spirit’ is a welcome retention on the books of the club. Hopefully, he can marshal the back line to success next season!

Yet to be announced…

Especially as Daggers legend Abu Ogogo recently made the switch to Southend, the future of Saidou Khan is one supporters, myself included, desperately want settled. There has been reported interest from league two clubs following the midfielder’s impact at Victoria Road since his arrival – though there is optimism the Daggers can fend this interest off!

So, next time I write on here, I’m hoping it’s with the knowledge his future is secured! The missing piece to the jigsaw from the players we ought to retain from last season, before hopefully welcoming one or two additions – as re-enforcements.

The long(er) term deals are certainly refreshing to see, as with the other announcements; there is a clear belief in these players and trust they are the ones to push for promotion. A mutual trust, between the owners, coaches and supporters; these are the players to take us forward.

It gives the side a much-needed stability which we haven’t seen much of in the last few years with players coming and going with managers. This gives greater opportunity for success in my view, players not needing to ‘gel’ and get used to playing with each other all over again – able to hit the ground running.

So, with Khan’s future hopefully known in the coming days, we’ll look ahead to next season with renewed optimism. While too, we await at least a couple of incomings to the club, the countdown to the 21/22 season is now on! 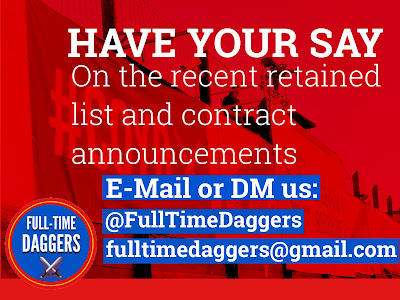