Finally, we received the retained list! But, for all the hype, there was somewhat an anti-climax in the announcement as, unlike previously thought, those who have been offered contracts are still yet to decide!

Therefore, the futures of:

All still remain unclear, with a few of these names being vital to our successes at the back end of last season – there are very much ones we ought to keep an eye out for. These names also seemingly made this announcement a non-event, considering key players had their futures yet to be decided.

So, with these announcements expected in the next few days, expect some more explosive articles in the days to come – concerning particularly the likes of Matt Robinson!

In terms of the contracts being offered, as aforementioned, there are a few of them integral to our future success – key to our recent uptick in form. However, what did throw up interest for me was the offering of a contract to Kenny Clark.

There was little surprise for me at the club seeking to extend his deal, only from my perspective, we have a few centre backs under contract still – while also needing to bring at least one quality one in.

So, for me, there was a need to free up space in the squad for an imposing, commanding centre-half that I feel we lack – keeping Clark, therefore, didn’t make a great deal of sense. Though, McMahon may not have his eye on a centre back – citing other issues?

There is little more to say on their futures other than mere speculation for the time being, so let’s move to the big(ger) news on who has left Victoria Road following this announcement:

Here, we already knew the fate of Croll, Dobson and Deering and I predicted all but one on this release list – swapping Croll for McQueen (transfer listed). So, the only confirmation which supporters, including myself, claimed worthy of note were Brundle and Eleftheriou.

I think we can say, with a degree of certainty, a full-back or two will be arriving at Victoria Road this summer following the departures of Liam Gordon and now Andrew Eleftheriou. I’ll be doing a transfer targets article next week where I’ll go into greater depth on who I’d like to see come into the club.

As for Mitch Brundle, it’s not often a player plays 17 out of 22 league games – scoring 3 – then suddenly drops off the radar! So, it was an inevitability we’d see him depart, nonetheless something I believe few fans could foresee before Christmas where he played nearly every game – starting at that.

Overall, I agree with the decisions other than Luke Croll, though on that topic I’ve already made my feelings known. I believe this retained list announcement was more confirming either what we knew or were pretty sure would happen – an anti-climax to say the least.

But keep your eyes peeled for any further announcements surrounding the futures of those offered contracts and my reactions to them on here!

Until then, thanks for reading and COME ON YOU DAGGERS! 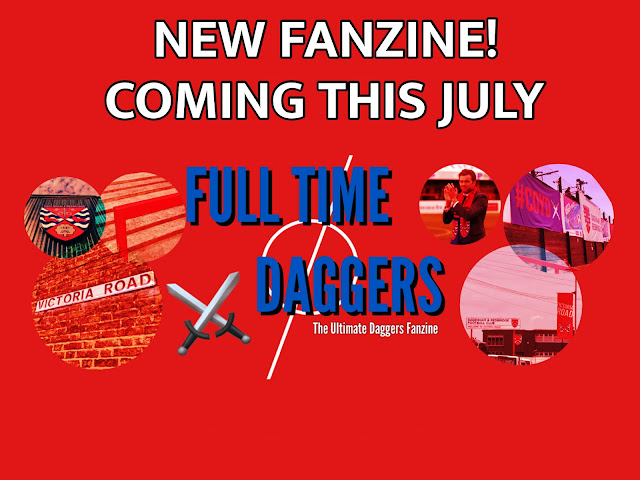