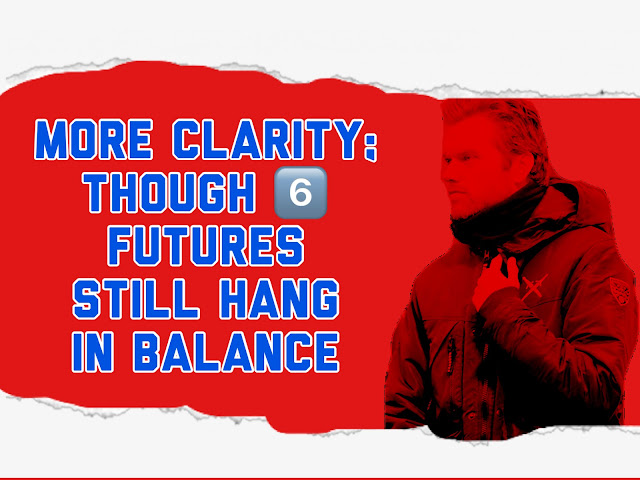 A Twitter notification from Dagenham & Redbridge: the long-awaited retained list - no! Despite no retained list in sight, until next week, there was some clarity given on the contract situation by holidaying Daryl McMahon.

The interview certainly shed some light and dropped a hint or two on the players remaining at the club, outgoings, as well as the likelihood and frequency of incomings. All this in the context of COVID saw Daryl echo the words of Peter Freund, "in order to ensure that the financial stability of the club is assured - we won't be able to afford to keep everyone." - to paraphrase.
That notion of being unable to keep everyone was perpetuated, further clarity given, when he stated that six players who are set to see their deals expire have been offered new deals. Before we play the game of 'guess the 6', I'll rewind to players he mentioned by name - seemingly settling their futures: 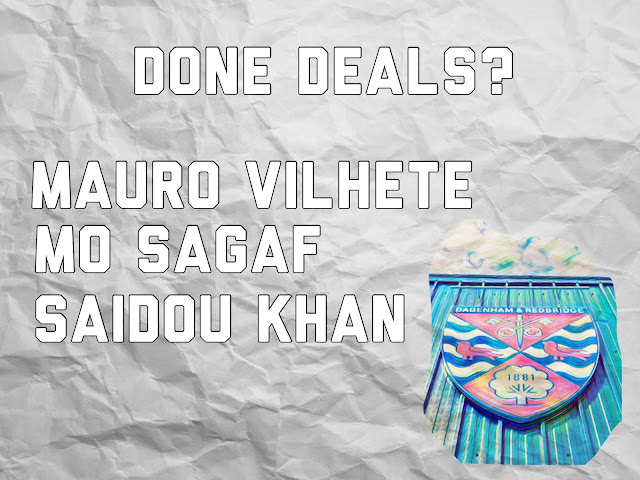 The manager reasoned the lack of forthcoming transfer activity by suggesting that the players he got back in February were ones to take into next season; citing the likes of Vilhete, Sagaf, Khan and perhaps even Smith - whom had their futures settled.

Just for my opinion on that, this would be great business and the emphasis he put on retaining players (as I'd hoped he would) did please me, because it's this importance of maintaining momentum which shouldn't be under-estimated.

There were supporters with concerns we'd have the same old excuses of 'we're waiting for them to gel' 20 games in as we remain several points off the play-offs. Therefore, when the Irishman went on to say that we want to keep the core and only perhaps 'top up with one or two players' - he definitely eradicated potential for such excuses - in turn easing those fans' concerns.

Anyway, onto the reason why he has little need to bring in new arrivals, he has as aforementioned, offered out six new contracts to otherwise free agents. So, here is my go at the 'guess the 6' game several Daggers supporters have come to be playing throughout the afternoon: 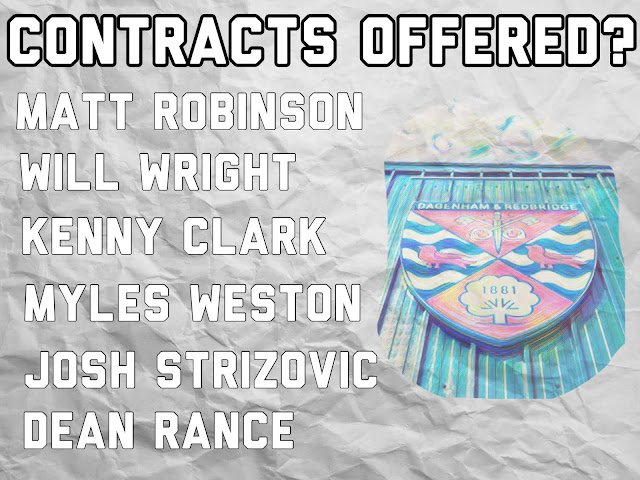 I've picked these players out of the ones remaining on my retained list whose futures are yet to be spelled out either by McMahon or themselves. Of these players (the six, they may not be the ones listed above) two have apparently accepted terms with the club, agreeing to stay on at Victoria Road, while the other four remain undecided.

Although, the interviewer raised a good point, in just when do these futures need to be settled before they begin to interfere with next season's preparations? With the reply 'next week at the latest' so the retained list should be announced within the next seven days - the super 6 being revealed.

Back to my chosen list, and it is indifferent to others I've seen up to the fifth player, then the last player on everyone's list is intriguing to see - I went with Rance purely because he was made Club Captain, so for him to then be released would be a surprise for me.

For the other five, there are some big players there like Robbo, Clark, Wright and Weston whom if we can tie down will be as big as new signings - Matt Robinson in particular.

Ultimately, for all this speculation, we may discover (as we always do) that a few of these players were under contract without anyone even knowing - at this level a lot of these deals are left undisclosed.

While the wait for the Retained List continues, Daggers supporters along with the rest of the nation and Europe will be turning their attention to the Euros - expectations high.

So, enjoy Sunday's game and hopefully next time we speak we'll have taken three points from the Croations and at long last the retained list will have been announced!