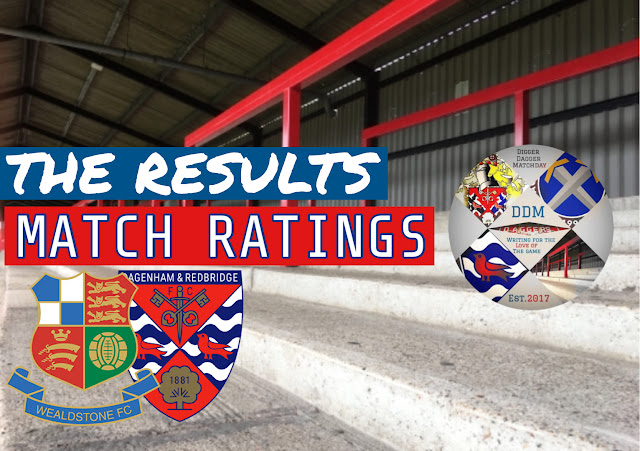 This Daggers side have managed to do something no other has since 2003: win six games on the bounce, that feat was secured with victory over Wealdstone on Saturday. McMahon's men made sure to do it in style as they came out 0-5 winners; Matt Robinson securing a first brace and too, Paul McCallum chipped in with two goals - both in red-hot goal-scoring form! Angelo Balanta was the one who opened the scoring making it a resounding five goal win at Grosvenor Vale.
So, a six game winning streak, and the Daggers are certainly flying high - but not flying up the league table! They remain in 11th and the bid for the play-offs looks out of reach, despite the gap being 5 points, there are a few teams in the way - all with games in hand.
The upcoming fixtures will certainly be more demanding than Saturday's encounter, as Dagenham turn their attention to Stockport, but the 0-5 win still required McMahon's men to play well. It was much more of the same from them in Ruislip, their offensive and free-flowing football saw them two up in four minutes, then four up at half-time.
Although, it couldn't be replicated in the second half, with just the one goal - nonetheless, they kept a clean sheet and the high levels of performance are (one again) displayed in YOUR Player Ratings: 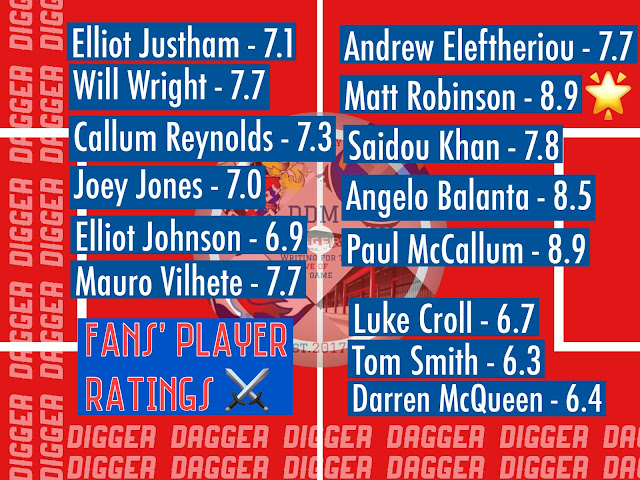 As aforementioned, I feel the ratings given to this unchanged side are fairly reflective of the individual performances - the '8+ club' I like to talk about, all very much rightly in their place. That club consisting of the goal-scorers, who were also instrumental in the creation of chances, those securing braces so close to breaking into the '9' realm!
Though Matt Robinson didn't quite manage that, he did manage yet another MOTM vote from YOU - the supporters: 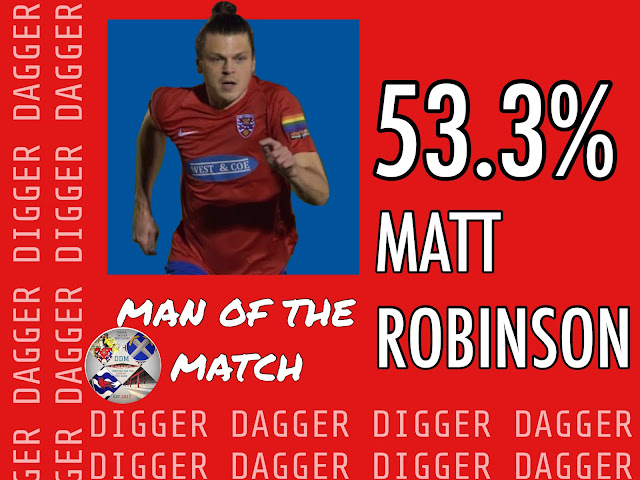 Well, what can I say... he's in the form of his life, as he himself wrote on Twitter. The midfielder has now began to add goals to his game on a weekly basis; something Dagenham supporters have been crying out for from him since he arrived. Now we've got them, it feels like he is the complete package, this new goal-scoring midfielder (added to his other traits) - along with the rest of this squad, look an exciting prospect for next season.
So, with things finally clicking under McMahon, there are exciting times ahead! They can't stop scoring, can't stop winning and we can't stop smiling. But, they'll have to go above and beyond to defeat the Hatters (who sit 3rd) on Tuesday!
Thanks as ever for those who got involved and thanks for reading,
Keane
COYD
2020/21 Season Match Ratings