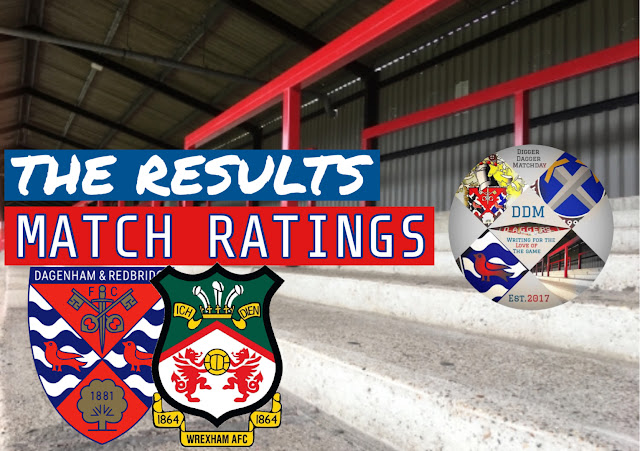 Oh… it was so, so good to be back at Victoria Road! The Daggers fell just short of victory but the performance was a real symbol of the progress we’ve made this season. It epitomised the playing style and determination we have seen in recent weeks, which McMahon’s team have received praised for.

The performance and attacking style we longed for all season, we’ve been given it for the last 15 games or so and Saturday proved that this team is now more than capable of playing on the offensive against a decent side.

That’s definitely reflected in the player ratings that YOU have come up with, though, I'd vouch for even higher ratings for some!: 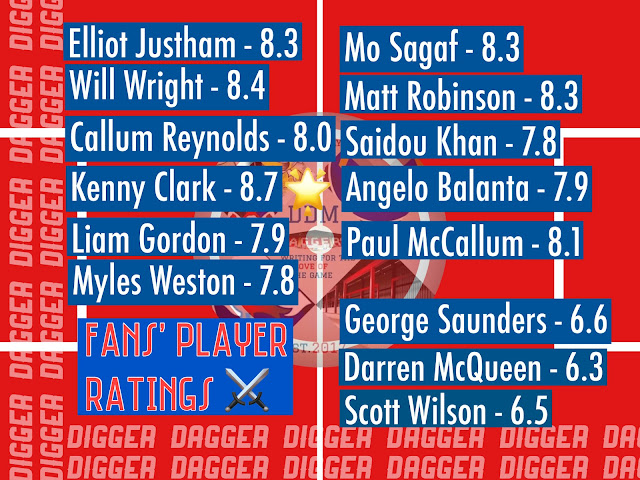 You may think I'm crazy to have higher player ratings than those above, as seven of the Starting XI received scores of 8 or more. But, I'd argue that all of the Starting XI deserve at least a rating of 8, as that Dagenham team was fantastic to a man yesterday - all contributing to a stellar display.

In particular, having watched some of those players for the first time live, that midfield three were fantastic in my eyes and that has been the area we lost games in back in September/October. However, the likes of Khan and Sagaf, they have really revitalised that role and are able to turn attack into defence superbly.

Of course, too, the man in with a real shout for Player Of The Season after a remarkable 5 months or so - Matt Robinson - is key to that midfield which is unrecognisable to the one Daryl started off with. That is no co-incidence as to why results and performances have improved. 'Attack, attack, attack!' was once a fans' cry to Daryl, now that's his demand from the side-lines it seems - very pleasing to see.

I won't go through all the players, but will talk about Liam Gordon, was he saying his goodbyes to the Sieve at full-time? Let's hope not! Though, I think a return to him for Victoria Road is unlikely as he was retained by Bolton, remaining under contract, and even if he can't find his way into their first team - a season on loan at a League Two side will be an option I'm sure.

So, a pleasing, offensive performance to end the season, but who was YOUR MOTM?

Kenny Clark, as pleasing as the attacking display was, the defensive shift was praiseworthy. Hence the entire back line receiving ratings higher than 8, as they won virtually everything in the air - Clark no exception. On his return to the side for the last game, he was immense, no surprise he was awarded as your MOTM.

A particular moment was a crucial challenge as the Wrexham attacker looked through on goal which got the crowd up and roaring, no doubt it was that Clark we haven't seen enough of this season, Kenny Clark at his best.

Finally, THANK YOU! For all your involvement this season and for reading all the posts - it's very much appreciated.

Keep your eyes peeled for season review articles as we look back on the strangest of season's in Dagenham & Redbridge's history.