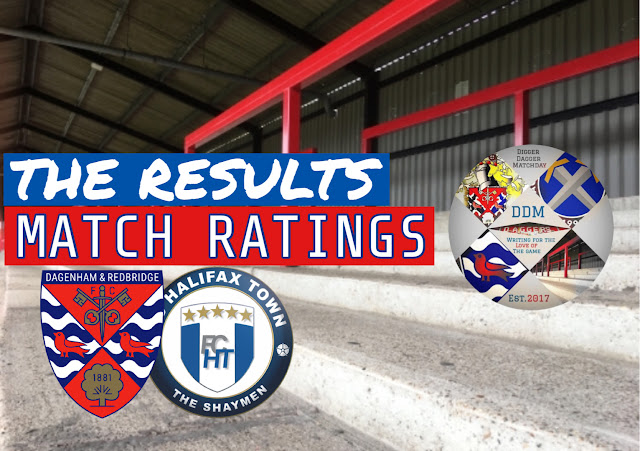 The Daggers got back to winning ways on Saturday; extending their unbeaten run to eight! This means they are still on course to finish the season ten games unbeaten - with the real potential to have won nine of them! Saturday's victory was comfortable to say the least, a 3-0 win at Victoria Road as Mauro Vilhete scored his first goal for the club; McCallum and Balanta also topped up their tallies.
So, yet another pleasing performance, and one which again saw attacking football meet determination, culminating in a great victory - further seeing confidence and trust in this side grow - as it seemingly does match upon match now.
As well as the supporters, Daryl McMahon was a man full of praise for the team - claiming this is the team and partnership (McCallum and Balanta) we've been waiting for all season. COVID and injuries being the reason it hadn't happened earlier he said; also he was ecstatic in reflection of the run we've been on!
Although, I believe people were rightly critical of the manager earlier in the season and ultimately, he hasn't reached the play-offs - credit where credit is due - this past month has been immensely impressive.
Away from the dugout and to the players as without further ado, here are the Player Ratings YOU gave following Saturday's win over Halifax: 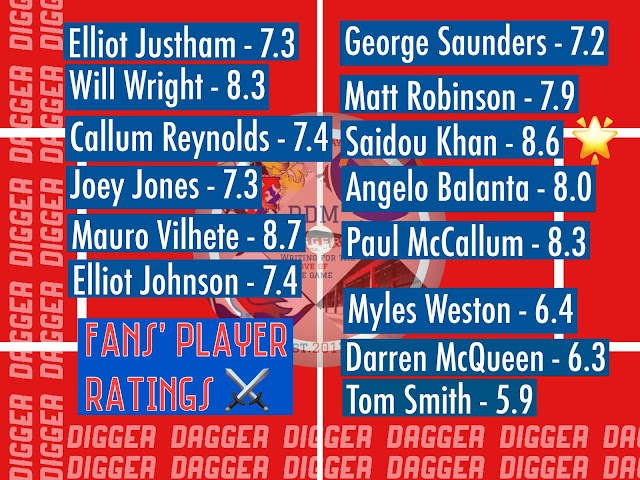 Well, an array of high scores in the Player Ratings this week for the last game before we as supporters can witness the team in the flesh - on the last game of the season - providing we don't gate-crash the play-offs! There were five players that reached the '8 threshold' which I classify as a 'great performance' - the goalscorers all in this bracket.
Although, it was the scorer of the first goal who received the highest average rating with an 8.7 awarded to Mauro Vilhete - this man seems to be improving week on week and is an exceptional asset to this Dagenham side.
Closely following him was a man who we'll get onto in more detail shortly - Saidou Khan - then a man who reached a milestone of 100 appearances for Dagenham, Will Wright, tied on 8.3 with McCallum. The former has improved drastically from last season and I'm delighted for him, turning into a real quality player in the Daggers back line.
Finally, on Paul McCallum, boy has he found some form recently - he just cannot stop scoring - if he can continue this from the outset of next campaign, I see no reason why he can't be that '25+ goals striker' we thought he'd be this season.
But now, to your MOTM, a new player picking up the award this week: 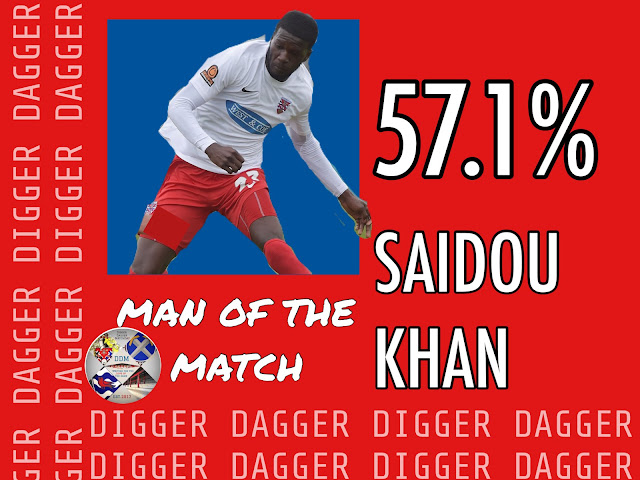 Saidou has grown into his role in recent weeks and is definitely a player who warrants a contract beyond the end of the season. His performance on Saturday was really a continuation of his great form in the heart of midfield; winning the ball and doing the simple things right - but to great effect.

The midfielder sought to move the ball forward, full of positivity in his play, and that really did galvanise the team into persistent attacks - forcing Halifax deeper an deeper into their own half, before they cracked.

So, that should be the last time the Daggers play at Victoria Road without fans, and we can look forward to May 29th and Wrexham.

But before then, McMahon's men face Chesterfield on the road, hopefully you'll join in with the player ratings then as you did this week - thank you as ever,