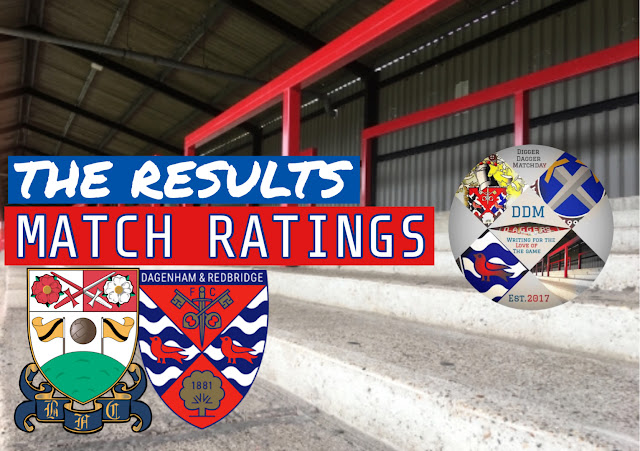 It was another comprehensive victory for Dagenham & Redbridge who extended their winning streak to four at The Hive – now familiar goal-scorers Paul McCallum and Matt Robinson securing the three points.

This latest triumph moves the Daggers into the top half of the table with six games left to play!

Here were YOUR Player Ratings!: 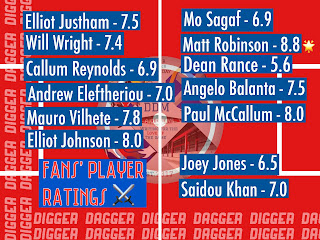 So, again McCallum and Robinson on the scoresheet and they received the highest ratings - with Robinson being crowned your MOTM. But, there was also another player who made it into the 8+ club, as Elliot Johnson impressed in defence.

The defender was many of you supporters’ choice for MOTM as he continued his much-improved form - faultless and commanding, imposing himself on the game.

However, as aforementioned, it was Matt Robinson who (again) took the MOTM title: 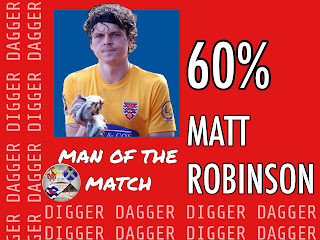 So, another win, making it four in a row for the first time since 2018 - an impressive run but frustratingly too late in the day.

But hopefully, we can finish the season strong and carry this form into next season - the Daggers finally able to push for promotion next season (fingers crossed!)

But before then, we host Woking on our return to Victoria Road, to hopefully register a fifth straight win!

Until then, Stay Safe and Come On You Daggers!