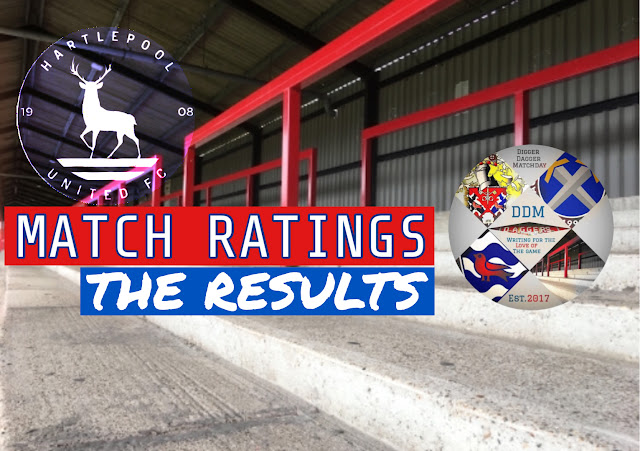 A close encounter eventually saw the Daggers defeated by Hartlepool, a narrow defeat but one that could have big implications in terms of Dagenham's play-off prospects - seemingly now dashed?
Thank you to all of the supporters who voted, the average of the player ratings from fans can be found below: 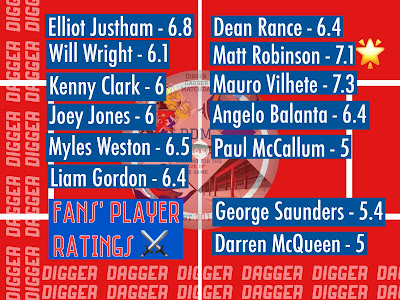 I found the ratings overall, quite fair, although the likes of Matt Robinson and Mauro Vilhete - could they have been looking at an 8? I think so! Obviously a notable outlier is Paul McCallum whom proved rather ineffective today, raising again questions on his performance.
I'll elaborate on my thoughts in my Match Reaction where I'll also release my player ratings - in comparison to the list above.
But, here is the Man of The Match, as voted for by YOU Daggers Supporters: 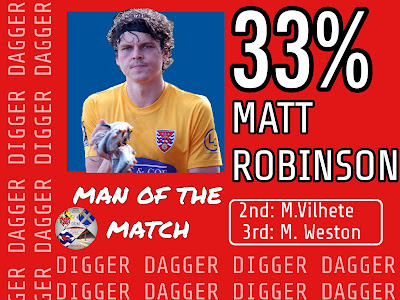 I wholeheartedly agree, the goal on Matt Robinson's 150th appearance for the club - an incredible milestone - was just the icing on the cake of a great performance. Albeit, the Daggers as a whole were unable to bring home any points.
In second place, Mauro Vilhete, very much at the start of his Daggers journey but every time he has played so far - he has impressed - Vilhete making things happen today. But, the creative midfielder was unable to influence the scoreline directly; nonetheless very promising.
Thanks for reading and interacting,
Keane