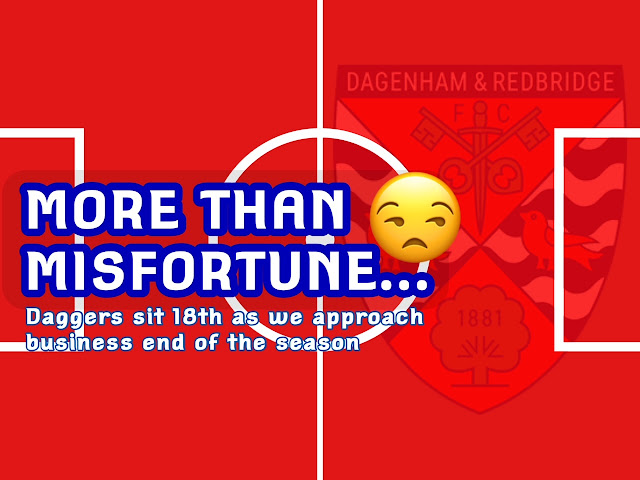 Following on from yet another defeat on Saturday, this time to Yeovil, there was again frustration (obviously) as we were again left broken following a last-gasp winner by our opponents. But, I feel that although I don’t believe the official made the right call in giving the free-kick that lead to the goal, there was less of a feeling of injustice.

A lesser sense of injustice than on the Tuesday, when two wrongly given penalty decisions saw us defeated 1-2 at home to Sutton. This is because, on Saturday, we had several clear-cut chances where our players were free from pressure in and around the box – yet we were unable to score and even hit the target in most cases!

Therefore, however harsh the defeat was, I believe that it was self-inflicted in that we conceded a free-kick in a dangerous area – another individual error. But, more collectively and importantly, our missed chances and opportunities to get two or three goals ahead led to the vulnerability of one goal leaving us without anything to take back from the trip to Somerset.

So, the Daggers were unable to score despite all the attacking intent and chances created yet again. This is a common theme this season for Dagenham and after three good performances, they have only one win to show for it; approaching the business end of the season we sit 18th.

I’m going to look into the key factor of why we are struggling in league position but not in performance levels overall – GOALS!

This issue can be evidenced in just the ‘Goals For’ column alone with only the bottom two (who were saved from certain-relegation by the ‘null & void’ decision of Step 2) Dover and Barnet with fewer goals scored than Dagenham.

A huge cause for concern, as for all the attacking intent and performances, there aren’t enough times that we’re hitting the back of the net – just 21 goals scored this season. This equates to just 0.9 goals per game and isn’t very good reading for Dagenham and some explanation as to why we find ourselves in 18th. 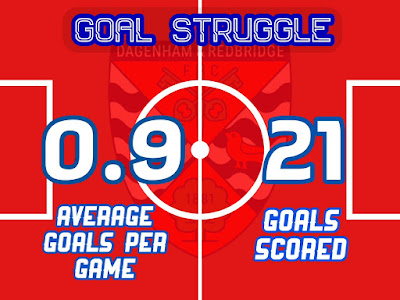 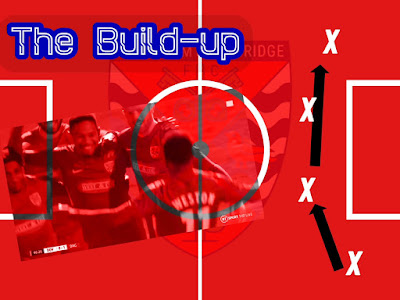 A goal is ultimately scored by taking a shot at goal, but the build-up and threat is important, to McMahon and the team’s credit this has improved in recent weeks. The likes of Myles Weston and George Saunders making in roads into opposition defences with crosses and movements into the final third.

But, this doesn’t just mean they’re doing their bit and the strikers aren’t, there is a case for talking of how Dagenham have just overplayed in the final third. This is evidenced in the stats with Dagenham having the most passes into the final third per 90 minutes – in the whole league! 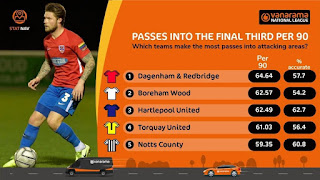 But this isn’t one of those training games where you have to reach the final third, this is football which is a results business and goals matter most. This overplaying in the final third and hesitancy to actually shoot at goal has cost us dearly this season.

It’s happened on all too many occasions where we spend two minutes passing around the box for it to result in an overhit cross or a cross with no response! With Myles Weston leading the way in accurate crosses but just not proportionate amount of goals to show for it. 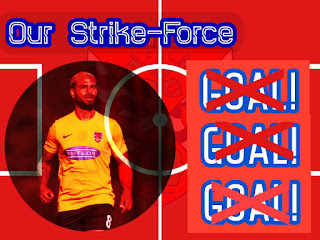 Now we’ve been crippled by injuries in this department, as we have with every department, but this strike force and it’s star man – Paul McCallum – simply haven’t been performing to the required levels this season.

The man in question has just 3 goals in 19 league games this season and it is a disappointment and worry to say the least. Seeing as our top goal-scorers in the league this season after 23 games have that same tally; it doesn’t bode well and clearly contributes to this poor outcome of averaging 0.9 goals per game.

I'll get onto playing style and what not shortly, but this below stat I think sums things up rather well, for the amount of entrances into our opponents box (5th) and for goals scored we're 21st! We are just not clinical enough in front of goal and that is true for all players, but our attackers especially - their primary job. 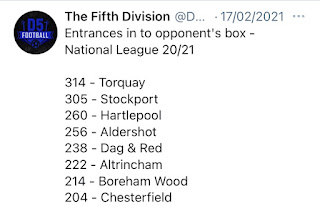 Now, at first I thought the system McMahon was playing didn’t fit with McCallum’s aerial strengths, but now he seems to have changed tack and included that – with still no result. I don’t know a solution for getting him scoring, and that is not my job, but all we can hope is once he starts scoring – he doesn’t stop!

As for the midfielders, you could ask for a bit more in terms of goals out of them – but, to be honest, the likes of Matt Robinson scoring two being a rarity – I’m not going to be too demanding. Though, Deering perhaps to do more than score the odd wonder-goal and Balanta, when fit, getting in a bit more on the goalmouth action would be a huge help. 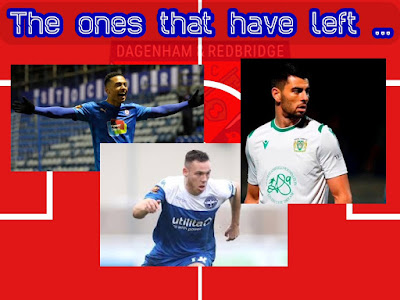 Now, last season McMahon was playing largely similar football to how we are playing now – it’s great to see the attacking intent back in the side. But, there were goals more often than not at the end of this and players you could rely on for that (the ones we’ve let go) i.e Alex Reid, Ben House and a player who has underperformed at every club but his current one – Joe Quigley.

These are clinical strikers and this season have a total of 24 goals between, as much as it pains me to write, that is more goals than Dagenham have scored this season. Alex Reid the third player in the top-scoring charts with high-flying Stockport, these players weren’t under contract with us and did they want to stay? Did we do enough to keep them?

These questions ae ones we may not have full answers too, but what we can answer is whether we replaced them? Now, on paper, Paul McCallum on a three-year-deal was more than a replacement and he may still prove that with two years remaining on his contract. But, as we’ve discussed, this season he just has yet to hit the heights at Dagenham that he has hit elsewhere.

Now, just on the recruitment for this season while we’re on the topic, there was a slight admission (you could interpret) by McMahon in the interview after the signing of Tom Smith recently. That being, he perhaps didn’t recruit the right players, he said that we didn’t have enough players with the ‘Daggers Mentality’ so he put it. This being, the hunger and fight, desperation for success for the club as well as the individual.

Now, this might see a different approach taken next time we go out into the market and search for goal-scorers, like hopefully Tom Smith – a player regarded one of the best in the National League South. We bring these talents in like George Saunders, the same mould, and perhaps we’ll get better outcomes.

Well I’ll leave it there, we’ve got the statistics and questions and perhaps more reasoning beyond misfortune and refereeing decisions to these narrow defeats. But, the only people who can come up with answers are the players, in the form of goals!

It’s to Solihull on Tuesday and let’s hope for some goals then and hopefully a result,