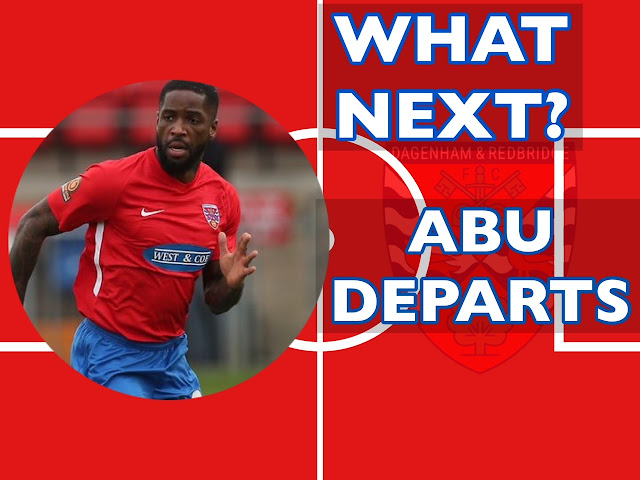 Well, the confirmation came on Monday, Abu Ogogo departs, leaving the captaincy role vacant. But also, more importantly, a gap in the midfield which Ogogo was brought in to fill. To provide grit, determination and fight - galvanise the rest of the side - a talisman. But also, the sheer quality he possesses with his passing and football intelligence.

As aforementioned, he took the captaincy upon his arrival, a move welcomed by fans. Not least because it was Abu Ogogo, the club legend, but the current club captain had questions raised on his performance.

So, in simple terms they are the issues that arise from Ogogo’s return to his parent club following a 3-month-loan. We know the club did all they could to keep him and set out below are most probably the reasons why. 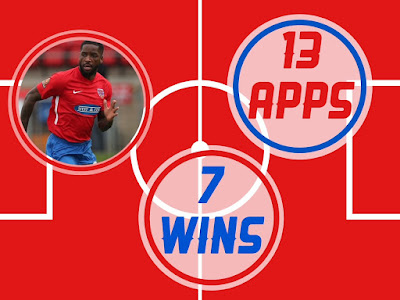 Abu made 13 appearances in all competitions on his return to Victoria Road, the Daggers won 7 of those games, drawing 2 – a vast improvement from the chaotic start to the season. Ogogo also played in each game of the FA Cup run where we came so close to the 3rd round but fell to defeat in the last minute of extra-time. He didn’t get on the scoresheet but played a vital role in a good spell for Dagenham – his fight and embodiment of the ‘Daggers spirit’ no doubt rubbed off on those around him. 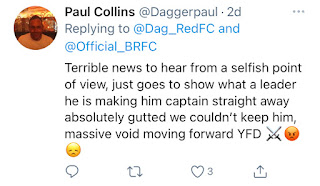 This fan on Twitter summed up the fan mood quite well.

There is no better example, in my view, of his fantastic fight that earns his respect from the fanbase than the best result of his second spell at the Daggers than his display at Torquay. That second half demonstrated his ability to galvanise his teammates into a heroic defensive effort – with a man down – digging deep to hold onto the win.

This was my reaction to his performance (his best in a Daggers shirt?) in that game’s player ratings:

There were many other notable occasions on which he seemed to be the main driving force in matches and that lack of talisman is a cause for concern – unless of course – someone steps up to the plate. Or, is even brought in. 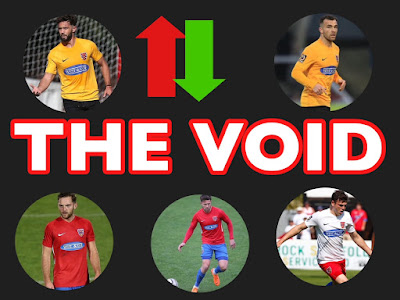 Now there is a ‘massive void’ as many fans have put it, as there aren’t many players that have the impact described above. There is talk of a replacement coming in from elsewhere being the way to tackle this issue, but others claiming the answer is already in our ranks. I think this fan on Twitter put his point across rather well: 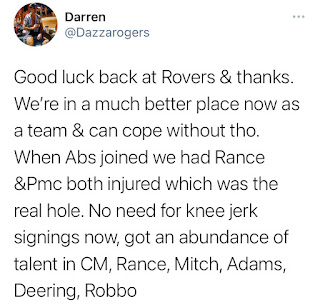 Now, there are those players listed available for selection, I’m willing to give them a chance, but I suppose I just think that they are all very similar. The two midfielders sitting in front of the back four, I believe need to complement each other and not be ‘matching’ as such. Otherwise, the creativity and urge to get the ball forward I feel sort of goes missing with sideways passes and dropping too far back. This opinion does mean I’m someone who is not keen on the Rance/Brundle partnership just in front of the back four.

The ‘front four’ as I’d call them, with the attacking three supporting McCallum in a 4-2-3-1, and in the case of a back three (the attacking midfielder and front two) are very strong and not where the problem lies. But, getting these ‘midfield two’ to work is an issue for McMahon, and perhaps a reason why he drafted in the likes of Charlee Adams and Ogogo – in an attempt to do that, Ogogo being the temporary solution.

The omission of Matt Robinson, aside from personal issues which meant the player missed out, is notable. Some believe he displays a similar fight to Ogogo and could well be an answer, but for me, I believe that if he is to be included, he needs that player to get the ball forward and venture into the final third alongside him. The missing piece of the jigsaw then… still evading us. 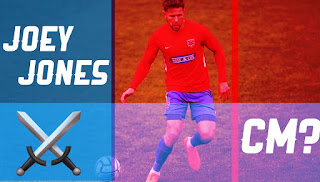 I’m open to the idea of another signing, but am of a similar view to McMahon – that we don’t want to rock the boat further – however, if the right player becomes available we should go for him. Though a player who seems fairly new, is Joey Jones, who is slowly but surely returning to full fitness following an injury that had kept him out. His ability to drive forward with the ball is what makes me think he could be the ideal Ogogo replacement; to partner a more reserved, defensive midfielder – the likes of Rance, Brundle, Adams or Robinson for example.

There is some hope for a return of Abu to come yet, new Rovers manager Paul Tisdale perhaps assessing the midfielder’s ability before passing judgement on whether to keep him on the club’s books. I am told that the Daggers would not have let him leave Rovers to join another club; so if he is to become available we’ll be one of the first to hold talks to bring him home for good. McMahon also mentioned this, I believe, in his recent interview. 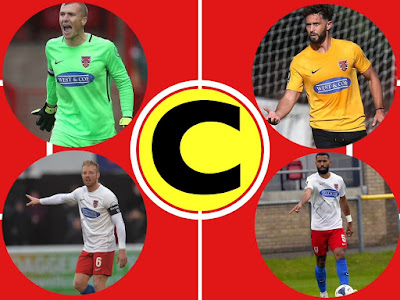 Now, I mentioned right at the beginning of this article how the welcome decision was made to make former Daggers captain back in 2015, Ogogo, the current captain. Effectively, taking the armband off Kenny Clark whose form this season has dropped off from March no doubt. Albeit, that form having picked up in the last few weeks; it’s interesting to note that was without the added responsibility of the captaincy.

The trust had dwindled somewhat between Clark ands the supporters over his porr form and decision making and between the centre-back and the manager. McMahon labelling the foul which led to Kenny’s second yellow at Sutton ‘stupid’ and vented his frustration that that wasn’t a one-off in the season. However, one thing we know has remained a constant from many at the club is Clark’s great leadership off the pitch.

So, the role of captain is vacant, and I put it to the supporters in a snap poll to see who they’d like to see as captain and there are a few former club captains within the squad (from their previous clubs). These were the results: 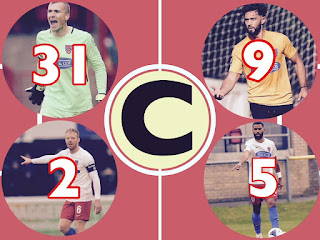 I voted with the overwhelming majority and opted for Elliot Justham whom we know is great at marshalling the back line in front of him. But also, he has been a first-team player (an ever-present) at the club for a fair few seasons now – a star player at that – and has also captained the side on the odd occasion too. His natural leadership qualities and knowledge at the club would make him an ideal candidate.

Other options, such as Rance, received 9 votes and he has experience of taking on the role as captain (most recently at Aldershot) and is a fighter on the pitch that I feel could do a good job. Then, that returns us to the midfield dilemma, as ideally you’d like your captain to start whenever he’s available. There is also perhaps concern he’s a little hot-headed, but then there was Roy Keane, one of the best captains of all-time. Also, fans like the idea we’re moving away from being a ‘nice’ team which comes with the shift in the mentality of the club.

We also had Luke Croll, who has been the most consistent performer this season and has a wealth of experience but as captain I’m not sure – definitely a player to consider nonetheless. Though, as I digress, there is every chance Kenny Clark will have the armband returned and in that case I take no issue – only, I hope he can maintain his recent form.

There we have it, my reaction to the departure of Abu Ogogo; let’s hope we get the chance to see him back in the red and blue of Dagenham & Redbridge soon!

Until then, stay safe and COYD!