An Occasion: To Which The Daggers Failed To Arise 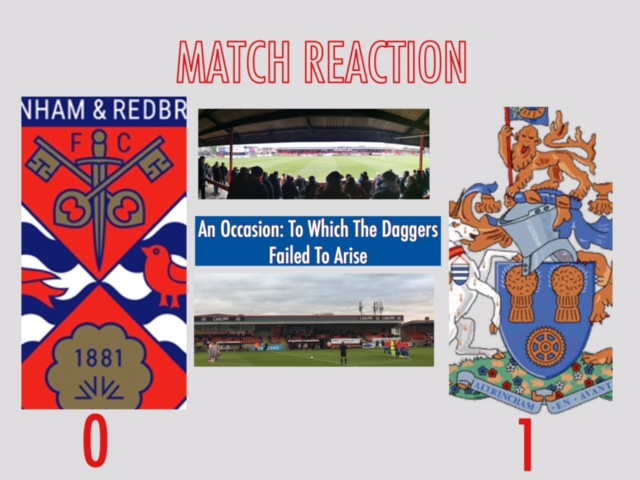 A day, a Saturday at 3pm that had been a long time coming for so many. Nine months in all since that Fylde defeat, which proved to be the last competitive fixture for a very lengthy period at Victoria Road… 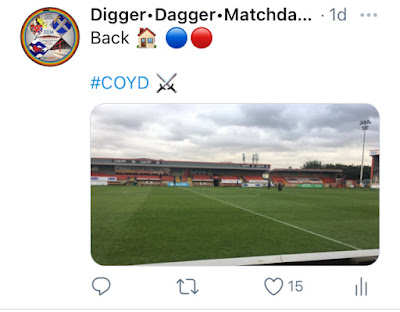 Walking up the steps of the Carling Stand or TBS after navigating the tape outside the gates, finding your position in ‘The Sieve’ – polystyrene chip boxes and cups of tea in hand. Looking out onto that turf: smiles of accomplishment appeared on the faces of fans. We’d arrived after nine months of turmoil.

This was where we belonged. Not in front of buffering streams on laptops, phones and TVs. Cheering on your side with no worries of refreshing a page every five minutes – putting all your problems aside for ninety minutes. Watching with like-minded souls, Daggers, with one aim – winning.

Now, that may have not been granted on the pitch, but, the meeting with old friends – being amongst like-minded souls – seeing familiar faces. It was all still there.

All was not lost. Though the match may have been.

Onto the match, and in this section, I’ll discuss the effect it had off the pitch during the ninety minutes – the fan frustration mainly. Countless occasions where we’d lump it forward and get no joy; all too commonplace in this McMahon side.

There’s nothing more frustrating for supporters than your side doing the same thing over and over again when it’s not working - it’s the definition of insanity – and it drives us fans insane!

Despite that general description of the action in the stands yesterday afternoon – we got behind the team – rapturous applause upon the players’ entry to the pitch. The sort of atmosphere that gave you goosebumps; hairs standing up on the back of your neck.

A fitting applause also, given to the club legend Ted Hardy before the game commenced – leading the club to Wembley in his third spell as manager.

The atmosphere went from one of warmth and pride to anger when we went behind; that was only to intensify. So much so, the Sieve would be the formidable force in arguments with opposition players for the first time in nine months! Though nine months ago, the funniest of exchanges wouldn’t have occurred as it did yesterday – ‘Tier 3’.* A supporter exclaimed to the opposing player.

*Though that may change this week for London to join or replace Altrincham in that tier!

The game was coming to a close and despite Balanta’s introduction we were still behind – Deering remaining on the bench as Brissett came on. Toxicity towards McMahon stemming from substitutions as well as style of play. Though, I must say I don’t think we’d have seen Balanta replace Wright a year ago – I do, however, agree that Deering should have been brought on.

The final whistle blew and a short, rumbling of boos and anger was followed by an applause – only fitting for the first game back in nine months – in spite of the result and to an extent the performance.

The Team’s Failures to Rise To It: 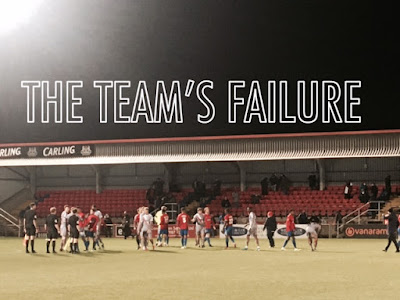 The Daggers had chances on Saturday, as McMahon noted, but they didn’t take them. But these chances – clear cut ones anyway – were few and far between. This can be put down to the playing style, which so it seemed, was: go from centre back > keeper > centre back > full back and hoof it forward.

Now, what frustrates us and what seems different from last season, which we’ll get to in a moment (Taylor/McMahon comparison), is that we know we can play this expansive, offensive style and have the squad to do just that. But, for whatever reason, we automatically revert to route one or at best play it into midfield and play the ball over the top – without looking where they’re passing!

Little thought and teamwork: which leads to a disjointed and unconvincing performance.

The attacking spells saw us come up with one or two good moves but they’re all lost in memory if the goal isn’t scored – as it wasn’t. The closest we came after one or two goal-mouth scrambles in the first half; was an Angelo Balanta strike which rattled the post! We’ve seen him score them before.

Onto the defensive performance, and on the whole, it was a solid display with moments of madness and lapses in concentration – which constitutes to a typical Daggers performance. One of the lapses of concentration I predicted, you could see it coming, a stupid foul (of which there were several) conceded by the Daggers in a dangerous area – the immediate vicinity of the box.

The free kick came in and a failure to mark from such set pieces, then a failure to clear the ball properly, an all-too-common recipe for disaster cooked up by Dagenham – the net bulged – Justham beaten.

I hope these issues can be rectified with the return of Reynolds and Jones, but, I just don’t know.

There were other lapses in concentration that effect all parts of the performance, these were the misplaced passes. Kenny Clark made the blindingly obvious known to his teammates on 65 minutes “We’ve gone sloppy!” he exclaimed. Yet, the issue was, he was one of the many culprits.

The defenders, like Clark, finding a midfielder in grey not red. Then, in the case midfielders did get the ball, they seemed to aimlessly punt it up the pitch in the direction of the forwards in the hope they’d latch onto it. But, if Darren McQueen had little chance of getting on the end of the ball on occasion – it’s a terrible pass.

I don’t know what had happened from Tuesday to Saturday which meant we couldn’t have that smooth transition, fantastic football and move which led to that second goal in Weymouth. Also, that football scored us three goals on Tuesday night – it seemed we’d used up all our goals in one game!

So, in all, a very frustrating performance – not an awful one – but just frustrating and at the end of the day we didn’t get the result. Football is, after all, a results business.

Keep your eyes peeled for a 'McMahon In or Out' piece. Yes, we’ve been here before exactly a year ago with Taylor. But the argument has started, though it’s in its infancy, it has the ability to quickly grow into a huge debate.

For now, Stay Safe and Come On you Daggers,