ONCE A DAGGER, ALWAYS A DAGGER - ABU OGOGO RETURNS!

Once A Dagger, Always A Dagger

Abu Ogogo is the latest addition to McMahon’s squad as the Daggers make their 2020/21 bid for promotion; which hasn’t got off to the best of starts. WOW! Now, the latter part of the sentence at the start of the season wouldn’t have been too surprising – though a little – but the former!

Yes, Abu will be back in the RED AND BLUE of Dagenham & Redbridge. Whilst you’re reading this you’ll still no doubt be full of joy at this bombshell of a signing and also have a great deal of gratitude to the owners of our club.

Principal owner, Peter Freund, said the consortium are ‘more committed than ever’ when speaking to Digger Dagger Matchday, and haven’t they just shown it with a first-class replacement for injured McCallum followed by this!

This blog post is about Abu himself so let’s get talking about the returning Daggers fans’ favourite: the 30-year old midfielder who has made 225 appearances for Dagenham netting on 17 occasions. These appearances being made in Dagenham’s ‘glory years’ between 2009-15, even more reason why supporters and the club as a whole hold him so dear. 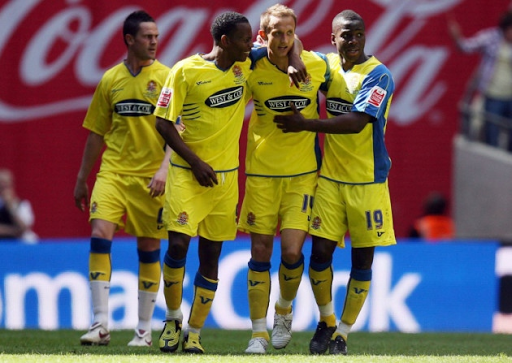 Winning promotion from the lower reaches of League Two to League One with the East-London side, helping to give Daggers moments to remember at Wembley as he played the full 90 minutes in play-off triumph over Rotherham. He was also there during Dagenham’s short stay in the 3rd tier of English football, though the stay was short, so he really did go on that rollercoaster journey with supporters for a fairly long period of time - in context of this modern age of football.

The beloved Ogogo was also captain of the club, following the departure of Mark Arber, Still handing him the armband just prior to the manager leaving for Luton. In the following 2013/14 season he won player of the year as he moved from defence to midfield contributing to the season’s goal tally – the captain led by example. 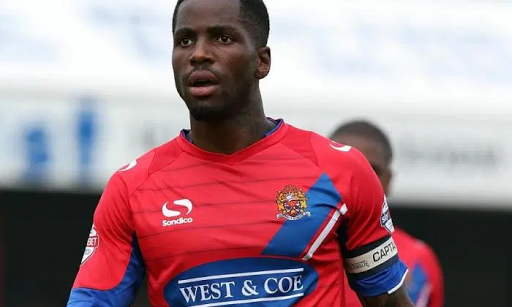 The fans’ favourite left after the 2014/15 campaign and he has remained in the football league ever since; making over 100 appearances at Shrewsbury before leaving to Coventry for a season and finally settling at Bristol Rovers where he made 40 appearances last season. His football league career, an established one, but he is taken the step down to return home where he is hailed – a legend – a proper fighter for the badge.

So, his journey with the club came to an end in 2015, a real club-servant, but now ABU IS BACK, for however long it may be with the deal being a loan. Nevertheless, Ogogo could yet again contribute to a Daggers promotion success and that is what warms the hearts of every Dagger.

When speaking to Daggers TV, Abu said on the move “It feels great to be back; it only feels like yesterday since I left!”

What do we hope he can bring to McMahon’s side? Well, aside from football league experience and quality, that fight and hunger in midfield which us Daggers know all too well about…

Here is his Half-way Line Screamer against Oxford! that I’ll leave you to watch at your leisure and remember ABU OGOGO IS BACK HOME!