Showing posts from February, 2019
Show All

- February 25, 2019
A must win game for The Daggers as they faced a Sutton side who were going well in the National League. The gap between Dagenham and the drop is narrowing so wins are a must if they are to stay out of the relegation battle. The return of Adeloye saw the fans' wishes answered but could he deliver on his return?  The Daggers got the game underway and it was them who had the first chance as McQueen's cross was spilled by Worner, but the Daggers couldn’t find an end result. The visitors’ first chance came from a set piece as Sutton advanced and win a corner but Justham dealt with it calmly and comfortably.  Kenny Clark was soon to show his class and commitment as he launched himself in front of the ball denying Collins from close range. Soon after Craig Eastmond had a chance on the volley in the Daggers area, but it was hit into row Z of the A13 Steel stand.  Although The U’s were on top they hadn’t yet directly threatened Justham’s goal, that being said The Daggers were
Post a Comment
Read more 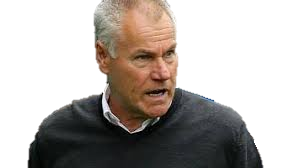 Peter Taylor now finds himself in a situation where he has got us out the relegation zone (which we wanted) after a great run but now again he is struggling for consistent results. 5 more wins is what he says, if we can secure them then can’t we just start building for next season. There have been some question marks over his future but I believe it would be a mistake letting him go. Consistent performances he may not be able to control but consistent team selection has proven to be successful throughout football. Therefore though I feel he has improved the situation in terms of league position he needs to change in terms of team selection. This I think he needs to be given time to do and believe people have got a bit carried away with the new owners expecting instant success.  But Another factor that has proven to be successful is stability as it is the first step to consistency. So the last thing we need is another manager who would jeopardise the stability and increa
Post a Comment
Read more
More posts