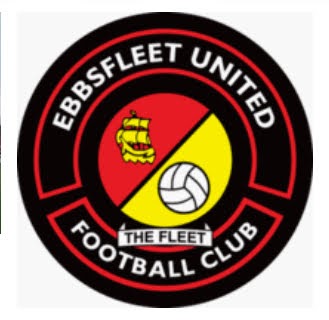 
It was a bit of a cold afternoon in Dagenham as Ebbsfleet came to town but after West Ham had humiliated Man United many were happy. But for The Daggers it was another tough test ahead, as they faced an Ebbsfleet side who sat six points above them prior to play commencing. The Fleet got the game underway but the home side had the brighter start in the early knockings. But that was literally in the first few moments as for the next 10 minutes it was all Ebbsfleet. Rance's glancing header was seen late by Justham but he got down superbly nonetheless, you felt that wasn't the first time he would be called into action.


The next chance couldn't be kept out by the amazing Justham as Whitely haunted his former club with a fabulous ball for Bush to head home - it was a bullet of a header! This was by no means unusual to see Dagenham behind as they had gone on to grab points from this position but they would have to play really well to win this one. Justham was called into action soon after as Allassani had space on the edge to get a shot off, The Daggers No.1 parried before it was cleared. McQueen inspired Dagenham's first real attack of the game as he put a dangerous ball in but there was no response. The Coventry loanee was at it again up the other end when he turned Goodliffe but this time his shot was nowhere near as powerful.


The work rate from The Daggers wasn't up to scratch as players were given far too much time on the ball as a nice yet simple move just sliced through Dagenham. There was a bit of drama about to unfold as Adams and Donovan both dived in in which was a 50/50 but Donovan received a booking after both teams surrounded the ref - it was questionable. The Daggers then won a corner but after it was flicked on it was cleared leading to an Ebbsfleet counter that resulted in Whitely hitting the side netting. Dagenham's spell continued without any danger to goal as Gordon's free kick from inside the centre circle went straight into the hands of Ashmore.


They then won two corners in quick succession after a good break but then again The Fleet cleared their lines. Danny Kedwell had a rush of optimism and attempted an overhead kick and won a corner, there were then penalty appeals as a result of the set piece - those appeals were waved away. The Daggers won a free kick again on the halfway line and again it was dealt with comfortably however this time on the break a low cross was met by the sliding Kedwell! The Daggers hadn't been playing well so at this point 0-2 was a fair result.


A chance came for The Daggers to get back in it as Donovan won a free kick but nothing came of it. Allassani nearly put the game to bed but his effort was fired just wide, he was proving to be a real menace in attack. On the other hand Dagenham had no threat at all up top, even with Ebbsfleet being a man light for a short while The Daggers couldn't find the net after a Mullings inspired attack. All was about to change as Romain put a low ball in and Mullings poked it home it was his first real involement that had an affect. Nevertheless he had scored on his debut so on paper he didn't look too bad. Gordon was fouled by Rance in the last opportunity of the half but there was no card at all there wasn't a goal either.


So Dagenham had found their feet going into half time for the last eight minutes or so they looked in good stead but the question was whether they keep that momentum going into the second half. Dean Rance made way for Jack Powell at half time for The Fleet and Dagenham went for an attacking option bringing Kandi on for Gordon. They seemed to had picked up where they left off as two chances in quick succession won the home side a corner. That corner led to a shot that fired just wide but it was a promising start in the second half. Justham had to keep his side in it though as he saved with his legs then clawed it off the line as Allassani and Ebsfleet searched for a third - incredible keeping!


Then disaster struck for the home side as Ben Goodliffe received a second red card of the season bringing Whitely down needlessly in the area. So it was Kedwell V Justham with The Daggers now down to ten men, The Fleet man converted it well this left Dagenham with a mountain to climb. Ashmore gifted the ball to Kandi after a poor goal kick and he squared it to Romain who won the corner. Liam Bellamy then came on making his debut coming on for debutant Mullings as The Daggers looked for a miraculous point.


Whitely was brought down again this time outside the box and substitute Powell's effort sailed over. Up the other end Donovan looked to get the better of Ashmore but his effort didn't even test the keeper. Allassani came off amid a round of applause after he had an excellent game coming in on loan from Coventry - an exciting talent. Ten minutes from time Dagenham looked for a second but Robinson's great delivery was met too late by Kandi. Goal scorer Kedwell was replaced by former Dagger Cheek soon after and Cheek had an instant impact as Justham rescued The Daggers again.


The man of the match was rightly named as Elliot Justham who saved his side from conceding another four goals - he had a good game. The fourth official indicated a minimum of four minutes of additional time but Ebbsfleet wanted a fourth. Whitely looked to get it for his side but his effort didn't get the right side of the post from what was a tight angle. Gary Parsons blew his whistle after what was a solid win for Ebbsfleet, Dagenham showed glimmers of hope but it was a comfortable win for Ebbsfleet. The Daggers now 22nd head to Gateshead in what is a must win, but with The Heed 9th will they do it?