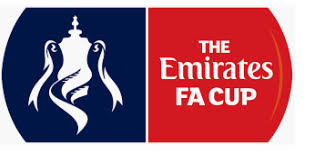 It's the FA Cup... anything can happen, can't it? Well this is a phrase that every Dagger would have believed in a few years ago especially with their good run in the cup and their away tie at Goodison. But now with the very recent departure of Elliot Romain and his tweet (below) it has left many fans annoyed and confused, with some optimists of hope. So again The Daggers have found themselves again in uncertainty despite now having a strong consortium in ownership. Their form hasn't changed on the pitch adding another negative thought in the minds of a Dagenham fan, now a fans' favourite has gone is there still hope ahead? 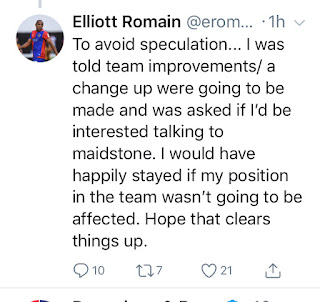 This fixture has been seen by some as an opportunity, a break away from the league, a chance of some happiness to spread around an otherwise discontent Dagenham & Redbridge. However these thoughts may have changed after their striker Romain's departure now their title of slight underdogs may have changed to big underdogs. On the other hand, their opponents and hosts Boreham Wood have had some good publicity of late for a change. An appearance on Soccer AM in YKTD with Jimmy Bullard could be seen in one of two ways:

OR
The latter is maybe a viewpoint taken by many who have had negative experiences with The Wood like Dagenham who lost their last time out. All biased thoughts aside Keiran Murtagh's stats add up as follows three goals in 16 games arguably not too bad for a wide man but it is not too threatening. Less focus on Murtagh and more on his side as a collective they are slowly falling in the National League losing four of their last five - could it be five in six with a defeat at Meadow Park.

Well, overall I do believe in the FA Cup magic an I feel a minor upset could be on the cards and I am going 2-1 to The Daggers!  COYD