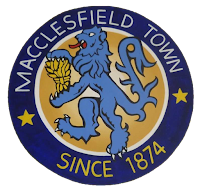 The table-toppers Macclesfield took a trip to Victoria Road in a National league clash which saw two title contenders battle it out on a cold Tuesday night in Essex. It was the visitors who got proceedings underway but instantly gave away possession; nothing to regret however as the Daggers lumped it up field for a throw. The Silkmen had the first glimpse at goal as Durrell won a corner which he whipped in, only to be cleared at the near post. Up the other end the hosts nearly found a way through the Macclesfield defence as Whitely’s ball to Cheek was just cut out.


It was Whitely again who was causing problems hence why he was fouled by Whitehead. He won a corner from the free kick as he practically passed the ball into the wall where it was deflected wide; however that is where the pressure ended as the corner was cleared. Cheek looked to add an assist to his name but as he set it back, there was no one there to slot it home. Dagenham definitely started the livelier of the two sides however they couldn’t get the ball of the league leaders when they began to knock it around, looking for the simple ball. After Ferrier’s bursting run down the right resulting in him running out of play, Macclesfield had a rare attack as Arthur’s cross was well collected by Cousins.


Another Daggers attack came to nothing, a familiar occurrence for the hosts. Dagenham were starting to lose the ball in key areas leading to a good chance for the visitors; Durrell’s great delivery was just shy of the head of Wilson. Durrell and Wilson linked up well again in attack for the visitors as Durrell put Wilson through who took it past Cousins, this led to a great block by Doe. Ferrier began to press consequently winning a throw and eventually a corner after harrying Ramsbottom. That corner was well defended as Boucad had some defending to do up the other end when his block went for a corner. After parrying the low cross Cousins did well to hold Whitehead’s effort.


Corey Whitely won a corner from the counter attack that followed, however nothing came of Howells’ delivery. Ferrier proved to be a real threat down the wing as he had the beating of Kennedy; his opposite number Durrell was the main threat from Macclesfield. Wilson was close to turning in a low cross from the danger man Durrell. Lowe brought down Whitely on the edge of the opposite box however that effort was blocked by the wall. Howell was through on goal but his heavy touch relieved Ramsbottom, whom was looking to hold out until half time. The hosts came close before the half was up as their corner led to Craig Robson missing from six yards out! Mr Rock blew his whistle for half time and both teams went into the break feeling content with their first half performances; with both teams hoping to be more clinical in front of goal.


The home side got the game back underway and it was them who had the better start as Whitely’s low cross was so nearly met by Cheek. You thought they had to make the most of these chances against the league leaders and they did as Ferrier converted for the hosts. It was a well worked move and quick thinking from Cheek, whose ball he latched on to, that merited the goal as he took it past Ramsbottom to pass the ball home. Dagenham gained momentum from that goal and continued to attack and dominate the half. A well worked attack from Macclesfield and the best of the game up to then, was only just cleared by the hosts. Dagenham began to sit back as the visitors piled on the pressure; a free kick led to a Durrell corner however that was cleared at the near post.


There were calls for Macclesfield’s danger man to be sent off when he fouled Ferrier in a challenge which looked last man. Adams’ effort from the free kick pea-rolled wide, it was very poor from him. Bloomfield’s effort from close-range was lofted sky high as Dagenham looked to hold out. Fitzpatrick’s cross went just over as the visitors looked dangerous on the break, the next goal was vital. Howell was booked for timewasting in the closing stages. After a corner from Durrell Dagenham won a free kick as they edged closer to a huge three points. After four minutes of added time the hosts held out for a huge three points as Ferrier put in a man of the match performance.