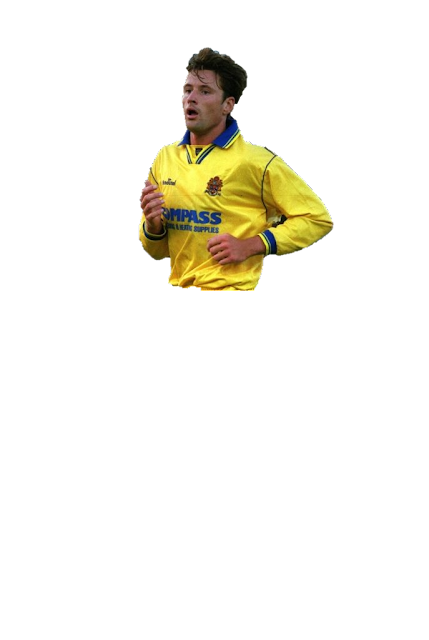 Lee Matthews played for Dagenham & Redbridge from 1997-2003 where he was bought for £8,500 and made 198 appearances. He was part of the side that entered the Guiness world records as they went 12 games (19 hours) without conceding a goal; he won player of the year in the same season 1998-99. In 2001-02  he reached the third round of the FA Cup the next season he got to the fourth round. For Grays Athletic later on in his career he won the FA Trophy and got Grays to the 2nd Round of the FA Cup for the first time in their history. During his career he captained every side he played for and had 11 operations!

Who was your favourite player when you were younger and why?


Why did you choose Dagenham, and did you have any other offers?


"I knew Ted hardy, but I also knew another coach who was there which was Denis Moore. I knew him quite well cos I knew his son so that was one of the reasons. Not at that time no, no not that I knew of anyway.


Who was the best player you played against and why?


"It's really difficult because I didn't really take much notice of the players I was playing against, you didn't worry about the other team, well that was my philosophy anyway; I didn't get flustered in the game."


"Probably Sean Bartlett and that was when he was playing for Charlton in the FA Cup. Saying that, there is Steven Ball who I played against in the Norwich game. It was funny because everyone was talking about him in the changing room after the game and he played for England the year before. I said where was he then and they said you were marking him the whole game. But that's my thing if you don't worry about who you are playing against and then you don't get flustered, you don't panic, and you don't think about it. "


Who was the best player you played with?


"Mark Stein, I would say he was just the most natural goal scorer and he was a good trainer even though he had played at the highest level for Chelsea. Even when he was playing at Dagenham he was still a really hard trainer and a really good professional."


What was your best game for Dagenham?


"Again Charlton, Charlton away that is definitely, definitely the best game."


What was the best goal for Dagenham, that you scored?


"It was actually Farnborough away in the FA Trophy and I won a free kick, I won the free kick, but the other guy went off on a stretcher. It was about 5 yards outside the box, I took the free kick and I smashed it into the top corner. I think it took us to extra time and we had actually won, won on penalties in the end."


In the season where you got to the 4th round of the FA Cup, how far did you think you could go?


" I, we had no fear then because the year before or two years before we had played premiership sides and not really had too many problems against them. I think another round or two. "


What were the best moments of your career?