Showing posts from January, 2020
Show All

REID ALL ABOUT IT: RATINGS & OPINIONS 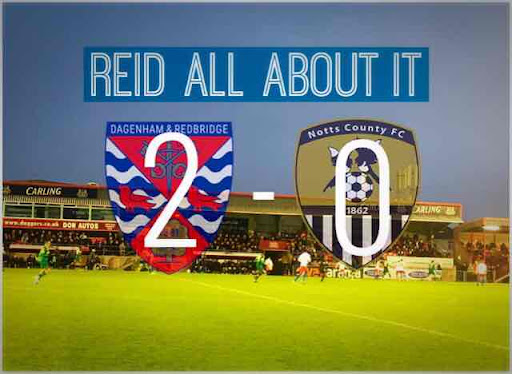 MY RATINGS & OPINIONS - REID ALL ABOUT IT Here are my player ratings following a great victory over Notts County in which Reid got a brace in the 2-0 win. A first and much needed league win in a while saw McMahon, in his first league game in charge, get his tactics spot on. The attacking display and defensive stability was a joy to behold along with the CLEAN SHEET!  Here was my immediate reaction on Twitter:  GAFFER RATING: DARYL McMAHON - 10 Daryl’s rating, in his first league game in charge, sums up the performance as I believe that result was partly down to him setting up the side to win. The constant running and pressure he demanded and getting the ball forward has been rare this season. The playing style is very pleasing and lived up to my expectations. The return of Deering and introduction of Alex Reid no doubt helped but as I say the tactics were pleasing.  PLAYER RATINGS:  ELLIOT JUSTHAM - 9 Fantastic! Fantastic as ever was the No.1 yesterda
Post a comment
Read more Here is a January addition of Dagenham & Me’ as I have decided to do one monthly due to the success over Christmas. The supporter today is Paul Harrison. Enjoy :) Full Name: Paul Harrison  Favourite current player is Justham or outfield player Robinson. I’ve been a season ticket holder for a few years now and stand in the sieve nearly as far as you can normally go.  I go to probably 85% of home and away games but have missed a couple more this season than I normally would due to being away on some weekends. Me and my mates would always go to the evening games when we were 9 or 10 (maybe younger) when I lived in Ridgewell Close, I remember going to Capital League games and we started venturing to away games as young as 13.  The earliest games I remember were Maidstone, Welling, Dartford and Aveley in the FA Cup which seemed miles away when you had to get 3 buses 😂 I  can’t remember my first game but remember going Wembley in 1980 - I would have been 11.   An interesting stor
Post a comment
Read more
More posts